The upcoming SSC Tuatara is the hotly anticipated sophomore album from the Washington-based SSC North America team. SSC has built a name for itself via impressive top-speed-record runs with its existing model,the Diablo-esque SSC Ultimate Aero XT.

The Tuatara’s development continued this spring with engine and gearbox setups being refined since the concept car was revealed in late 2011. The new model builds a stunning exterior and interior atop the brute-force mechanical package from the Ultimate Aero XT. The latest news to emerge from the firm is a 250 pound-feet bump in engine torque following durability testing,and news of a 300 mph speedometer,feeding rumors of a top speed well above the 276 mph initially quoted.

The style and presence of the white concept Tuatara created quite a stir when shown at Pebble Beach in 2011. Designed by the talented-but-bizarre Jason Castriota of SAAB and Fiat fame,the Tuatara most closely resembles the 2006 Maserati Birdcage 75th concept car in its smooth flowing panels and deep,milky-white paint finish. Castriota also worked on the Birdcage,but was not the lead designer. He now runs an independent design consultancy called Castriota Design.

UPDATE 5/1/2013: SSC just completed testing the Tuatara on the dyno and released all of the results. A release date has been officially set too. See more after the jump

Please follow the jump to learn more about the SSC Tuatara ahead of its first customer deliveries in January 2014. 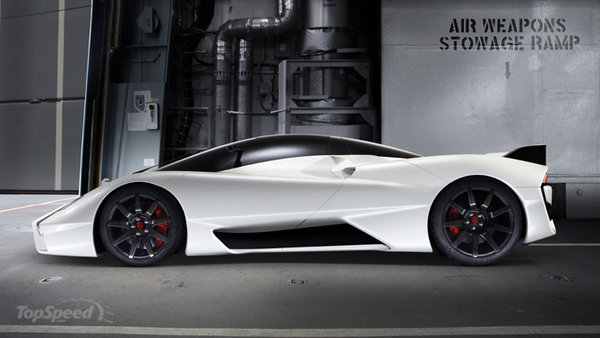 The Tuatara’s exterior moves forward significantly from the Birdcage concept referenced above. It includes panel gaps for doors and hoods that the Birdcage lacked,while also integrating numerous aero features from nose to tail. The shape of the car is frankly really difficult to describe,so let’s just break it down starting at the nose.

Up front,the Tuatara’s most striking element is its floating white wing that forms the hood’s leading edge. Below the flowing,ultra-rounded white surface sweep is a deep jutting carbon-fiber chin spoiler with a central LaFerrari-style pillar connecting this floating splitter to the bodywork.

The Tuatara is a mouth-breather that directs the bulk of frontal air past through of the car’s ten radiators,four of which are said to be up front. Without view of where the air channels in the nose actually go,it’s presumed that the hot air is pulsed out via the dot matrix between the top of the wheel-wells and the hood base.

The hood and glasshouse itself might be the Tuatara’s coolest feature,at least in the black tinted glass of the concept car. A famed supercar cliché is the “jet fighter canopy” but this SSC really delivers the goods. The deep swoop of the glass,up-pitched window-line and curved backlight really create the look of a one-piece glass shell. Call it Birdcage 2.0.

The surfaces ditch that other common “stealth-inspired” blurbs about body creases and shaping that supposedly recalls radar-deflecting planes and boats. More than the origami F22 Raptor,the Tuatara’s smooth bulges and flowing panels make it look more like a Predator drone.

The profile and rear angles reinforce this assessment,with large vertical and horizontal stabilizers emerging from the bodywork. The two most striking are the flying arc buttresses beside the engine air intakes,and the bat-wing aerodynamic spats that emerge from the rear bumper region.

The Ultimate Aero XT] employs active spoilers and air brakes,but they don’t appear in the Tuatara’s technical specs or images.

The taillights are gorgeous bent LEDs and live in one of the contrast-black panels that mark out the venturi tunnels and diffuser. The central spline from the front reappears out back,but this time painted white and shrouding the twin exhaust pipes. 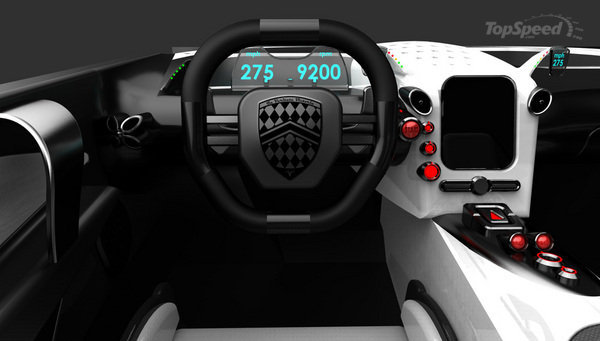 The interior of the Tuatara has yet to emerge in its production form,making an accurate assessment very difficult. From the styling bucks released so far,the company is moving toward all Heads-Up Displays for the dials and electrostatic or touchscreen controls for everything else.

The interior look is impressive but frankly doesn’t seem possible for the lean SSC North America team to pull off in time. In addition to technical challenges,assembly and regulatory hurdles will likely leave the production interior looking vastly toned down.

While the interior appearance is fluid at this point,the feature-set promised to buyers is deep: 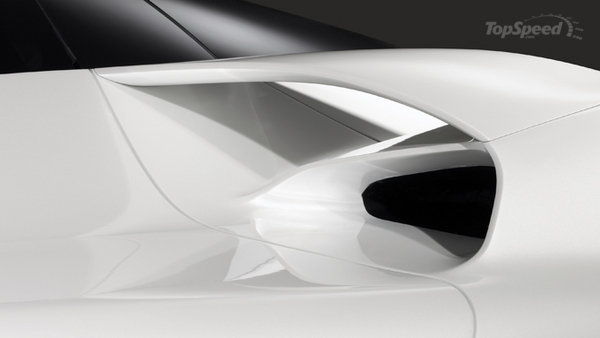 The Tuatara’s engine is a monster of a V-8 with some racing inspiration in its flexible and potent aluminum-block design. Initially announced as running a pair of turbochargers and twin superchargers,SSC seems focused on the turbocharged solution in the latest engine testing. The “wide-block” 6.9-liter features heavily upgraded engine internals to cope with the immense stress. This powerplant pushes out 1,350 horsepower and 1,280 pound-feet of torque on 91-octane pump fuel with all of the regulatory components hooked up.

For buyers who aren’t concerned with regulations,the Tuatara’s engine is capable of 1,700 ponies with this equipment out of the way.

This giant powerplant connects to the rear wheels with either a manual seven-speed H-gate shifter or seven-speed sequential paddle shift. The performance claims are pretty and believable,despite being completely unproven.

The slotted carbon-ceramic brakes are 15 inches all around with eight-piston calipers up front and six-piston clamps out back. The Tuatara’s suspension consists of unequal A-arms,adjustable Penske racing dampers under coil-over springs and a cabin-operated air lift to clear speed bumps or driveway ledges. The differential and stability system setups are unknown are this time. 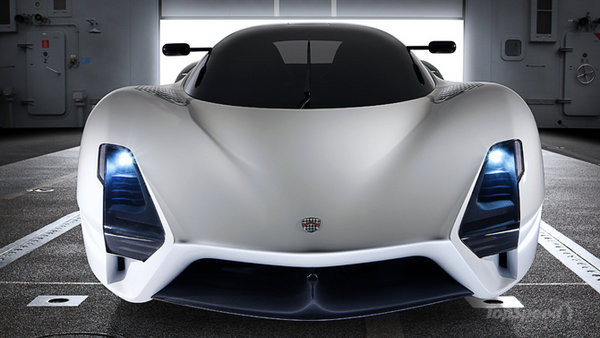 Exclusively left-hand-drive,the Tuatara has been a global hit on the show stands of Dubai and Qatar and Asia since its debut in the U.S.

For now,all sales are special order only (initiated through the SSC website) and are highly customizable after placing your initial deposit.