Ferrari's eagerly anticipated limited-series special,the 2013 LaFerrari,was recently unveiled at the Geneva International Motor Show where it impressed one and all with its excellent form and design.

The Prancing Horse's first completely in-house car,which is also known as the F70 and as the F150,is a mild hybrid sports car of which 499 units will be built.

Luca di Montezemolo explained that the reason why this model was chosen to be called LaFerrari or "The Ferrari" is because of that the vehicle is the maximum expression of excellence - the defining factor behind the company.

Montezemolo was visibly pleased as he showered LaFerrari with praises and called it "excellence in technological innovation,visionary styling,performance and the thrill of driving".

LaFerrari is aimed at collectors but it is believed that the advanced solutions that are incorporated into it will gradually trickle down into later Ferraris,and even probably the entire automobile industry. LaFerrari employs a hybrid technology which is called HY-KERS,and which ensures that Ferrari delivers maximum performance at lower emissions.

In fact at 330gm/km of CO2,at the level of power that LaFerrari commands,which,without resorting to electric-only,drive is an environmental feat worthy of recognition. The HY-KERS system is so designed that in the future,electric-only versions of LaFerrari can be developed. 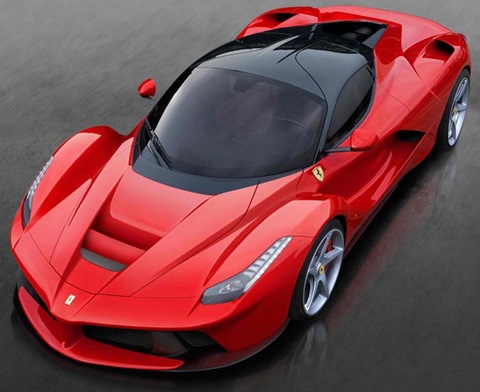 This superb technology relies on charging the batteries in unique ways,two of which are during braking and every time the V12 engine produces excessive torque. In these cases,the excess energy is used rather than being wasted away on the wheels,the surplus torque is sent to the batteries and the energy is stored there.

This decision of sending the torque as energy to the batteries rather than to the wheels,is derived from an optimal algorithm that has been developed primarily for this purpose and is being seen for the first time ever in a car.

All this combines to provide the maximum thrill of driving,as Montezemolo described. The performance is completely top-notch:62 mph is reached within 3 seconds and 124 mph is reached in less than 7. And on the fabled tracks of Maranello,it has been the fastest road car,completing one lap in under 1 min and 20 seconds. Ferrari,it seems,has delivered its best yet. 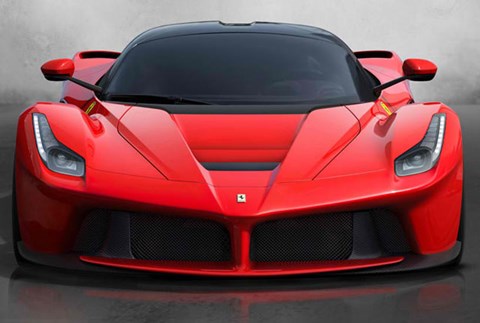 The 2013 Pininfarina Sergio Concept is a 2-seat vehicle inspired by previous Ferrari models from the 1960's and 70's. Developed on a Ferrari-458-Italia chassis, the Sergio concept combines clear and simple styling with the front fascia featuring a semi-floating appendage under the spoiler exudes an attractive flair for the dramatics.

Ferrari's eagerly anticipated limited-series special, the 2013 LaFerrari, was recently unveiled at the Geneva International Motor Show where it impressed one and all with its excellent form and design. The Prancing Horse's first completely in-house car, which is also known as the F70 and as the F150, is a mild hybrid sports car of which 499 units will be built.

This special edition Ferrari 458 Italia celebrates the 20th anniversary of the Ferrari brand presence in China. There is no better way to commemorate the milestone than to present the 2012 Ferrari 458 Italia China Special Edition. A limited edition, that only twenty cars are being made. This 458 Italia was introduced at the Ferrari exhibit in World Expo Park in Shanghai, on April 2012.

Looks, style and power. The 2012 Mansory Ferrari 458 Spider delivers it all. The aerodynamic design and aggressive styling are completely appropriate for this high performance machine. This limited edition of which only 3 were made, will cost more than chassis and a piston. This Mansory Monaco Edition of the Ferrari 458 Spider Convertible is certain to cause aficionados to gawk and stare.