SSC,a.k.a Shelby Super Cars,has already finished the replacement model of their extreme supercar - the Ultimate Aero,the Tuatara. If you think that SSC had no intention on following up on the multiple-record-holding supercar Ultimate Aero,you are mistaken.

They recently announced a special edition supercar,the 2013 SSC Ultimate Aero XT. Following in the tradition of its predecessor,the XT boasts of extreme style and even more power! 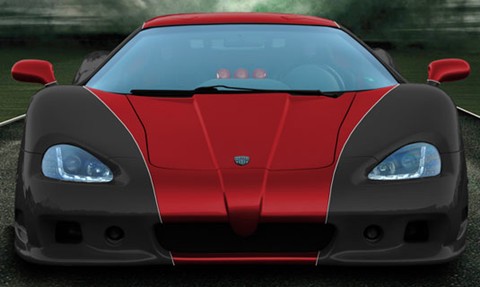 The biggest difference between the Ultimate Aero and the new XT model is the extra power propelling it. The new engine boasts of a V8,1,300hp at 6800rpm and 1004 lb-ft of torque,also at 6800rpm.

Many elements have been borrowed from the Ultimate Aero including the fuel delivery system and the cooling mechanism. Still,there's a 13hp increase over the original Ultimate Aero model.

Just like the Ultimate Aero,the XT has the potential of being a record-breaking supercar. In 2.6 seconds,it can sprint to a speed 0-60 mph and is capable of hitting the 200 mph mark in just 15.65 seconds - another world record set by SSC. This special edition supercar has a projected top speed of 273 mph,nothing short of powerful.

The suspension is of an independent variety,there's unequal lower and upper control arms,cab-controlled air lift,anti-roll bar. 44% of the cars body weight is placed on the front axle while 56% is placed on the rear.

The special edition Ultimate Aero XT comes with a two-tone paint scheme,never before used on previous models and never to be used again on future models. You are able to select any two colors - one color will run up the center of the XT,across the roof,down the tail of the car,on the vehicle's lower half and across the mirrors while the second color fills in the outer parts of the hood and the lower sides of the car.

You'll be glad to note that aside from the exclusive paint job,not much has changed about the exterior - only minimal changes to the body shape have been made. The XT retains the sleek and sexy shape of its older brother.